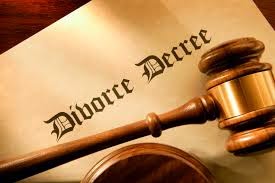 Divorce is something I have done a lot of during the past 30 years. I estimate that I have worked on several thousand divorces representing approximately an equal number of women and men. During my first ten years of practice I remember that most divorces related specifically to instances of infidelity. While infidelity is still a major factor more and more it seems that previously content spouses grow apart.

Couples who married in their early to mid twenties go through a great deal of personal changes during the first five to ten years of marriage. Jobs change, interests change, bodies change, likes and dislikes change. Once children come along both parents tend to focus on them rather than each other. Often, resentment and jealously arises but rather than dealing with these issues as a couple, spouses tend to isolate themselves from the other and give higher priority to their personal interests rather than the joint interests that were the focal point of their lives before children. They start doing more things separately. Communication becomes more and more difficult and begins to center on each others deficiencies. Job and money stress, meddling family members, weight gain and caring around the clock for small children all create obstacles to a successful marriage.

SPOUSES DO NOT RUSH TO DIVORCE 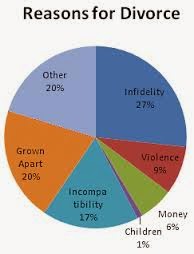 I hate it when so called experts claim that people take marriage too lightly or that spouses rush to get divorced over minor issues. In my experience that thinking is totally wrong. I find that the vast majority of divorcing spouses have stayed together long after their marriage should have been declared dead. People delay the inevitable much more often than rushing into divorce.

One thing I have learned from aiding thousands of persons through the divorce process is that it is almost always better on a personal and financial level to divorce sooner rather than later. 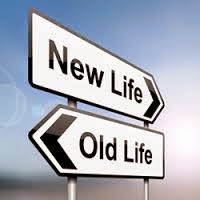 Once one spouse determines that the marriage is NOT going to work they should begin the process of separation in a cooperative  manner rather than simply sticking their head in the sand and enduring, which is what most couples do, often for years before the decision to divorce is acted on. Infidelity is more often than not a symptom of a poor marriage rather than the cause of a poor marriage.

Moving on is the only way to end the suffering and begin the process of establishing a new, better life.

DIVORCE DOES NOT NEED TO BE A DISASTER

Moving forward toward divorce in a thoughtful and respectful manner is possible and doing so before communication breaks down completely, such as after an instance of infidelity, is beneficial to both spouses, the children, the families and the pocket book. 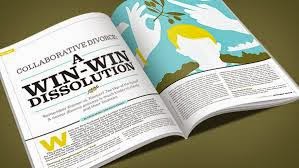 Fighting in court. Struggling against each other for possession of the children and property is not the only way to divorce. In my experience two quality lawyers or a competent mediator can almost always assist spouses in coming to a fair resolution in a fraction of the time and a fraction of the cost of a court battle. 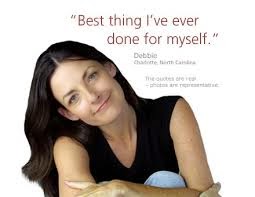 Over the next several months I will write about many of the most common issues that come up in divorces.

These are some of the most common and most difficult issues that need to be addressed. Doing so in a cooperative manner will almost always help both spouses transition to a new and better life.

Please leave me your comment or question and I will try to respond within 48 hours.